Thoughts From the Easel - Part 3

The word ‘Photography’ is derived from the Greek ‘Photos’ (of light) and ‘Graphein’ (to draw) so literally ‘drawing with light’. Photographers paint with light – artists paint with colour. So how did they become so closely linked? It is thought that it was probably by chance. All that was needed was a darkened room on a hot, sunny day in Florence, with the heavy curtains slightly ajar, a sun lit piazza, a concave mirror on the studio wall and suddenly, there was the image from the square outside, reflected onto the studio wall, in colour and it was a moving image. Imagine the artist’s surprise and delight; this image could be traced onto a canvas accurately. True ‘camera obscura’ (darkened room).

This is probably how the transition occurred from mediaeval art to early renaissance, but the artists were all very secretive. Look at the difference between these two images – a mediaeval 11th century fresco (1) and a Leonardo da Vinci c1508 (2). As early as 1420, there are records of camera obscura and Leonardo da Vinci (1452 – 1519) observed its use in his notebooks. David Hockney, considered to be one of the most influential British artists, has written a wonderful book, ‘Secret Knowledge’, which is well worth reading, in which he looks at the use of optical devices to create images.

Some of the artists who used optical projections were Jan Van Eyck, a Flemish painter active in Bruges ‘The Arnolfini Portrait’ 1434 (3) and (4) a section from the same piece - look at the detail of the chandelier and the reflection in the mirror, Caravaggio’s ‘The Young Bacchus’ 1597 (5), one of my favourite’s, Johannes Vermeer (1632 – 1675) ‘Girl with a Pearl Earring’ (6) and Canaletto (1697 – 1768). They all used camera obscura with a lens; without these tools, Vermeer would not have been able to paint the spherical earring so perfectly, as has been recently proved by x-rays and the chandelier in Van Eyck’s painting would also have been virtually impossible to paint so accurately without the use of camera obscura. Camera Lucida was a later development in the early 1800’s.

All of these tools helped the artist to create a two dimensional image from the three dimensional subject with the use of an optical lens. As this was only a single view point, it would have been necessary to divide the subject matter into a number of areas, in order to record the picture accurately. The problem was that, by so doing, you can often see areas of the painting, which are out of focus. This is a further clue that many of the old masters’ paintings were created with the use of optical projection. This is why, when we look at them, we can recognise the photographic look of these paintings.

The other book worth reading, if this is of interest to you, is ‘Vermeer’s Camera - Uncovering the Truth Behind the Masterpieces’ by Philip Steadman, where he proves, to my satisfaction, that this is how it all happened. 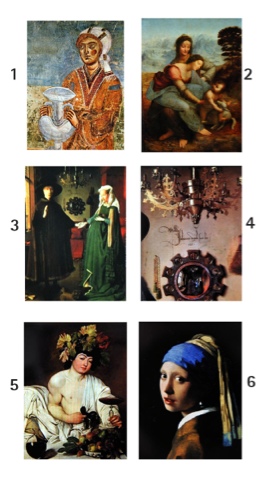 Posted by Roger Harvey at 07:02 No comments: Links to this post

Letter to the Editor

Roger's letter to the editor of the Daily Mail was published on Wednesday following the debate over the recent portrait of the Duchess of Cambridge.

Posted by Roger Harvey at 09:12 No comments: Links to this post

Thoughts From The Easel - part 2

I wonder how many of you have seen the recent painting of Catherine, Duchess of Cambridge? I know my views, but I would love to hear yours! The painting is by Paul Emsley, a very successful portrait artist, selected by Catherine to do her first official portrait. It has caused a lot of contraversy in the art world. She said "It's just amazing. Absolutely brilliant" and Prince William added, "It's beautiful, it's absolutely beautiful." However the art critics' comments are not so complimentary. "Ghastly ... rotten ... an out and out disaster", "It's only saving grace is that it's not by Rolf Harris" and "I wish I could find one positive thing to say but sadly, I can't". Is this criticism for the sake of criticism or is it right?

My views are that, if the sitter is pleased then that is the most important criteria for both the subject and the artist. However, my critique would be that it's a bit lifeless and doesn't capture either her personality or her beauty. I believe that the eyes are too small and too far apart and the bridge of the nose is too wide. My main concern, is the suggested criticism of the use of photographs as the main reference for painting. I understand that there were two sittings, when Paul Emsley took photographs, one of which was selected by Catherine, as his main reference for the painting. I have always used photographic reference, combining a number of photographs for the early sporting portraits and the more recent portraits. I have found that the lighting and composition are paramount to achieve a true likeness with the added benefit that the person does not need to give up a huge amount of their valuable time to actually sit whilst the portrait is painted. 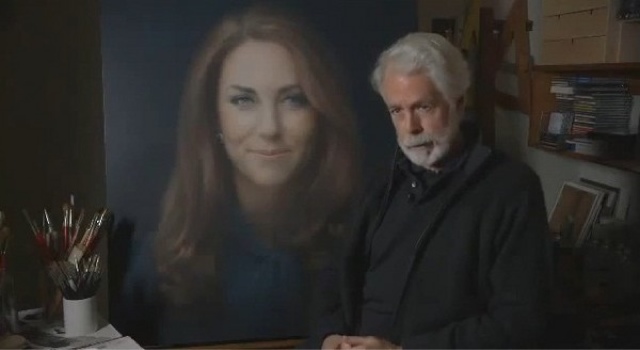 Posted by Roger Harvey at 06:31 No comments: Links to this post

Thoughts from the easel

Looking back over the past year, my work has been divided between landscapes, seascapes and portraits of people and animals. The most recent portrait of Elizabeth, which so many people have commented about, has caused quite a stir and made me think deeply about the way ahead for painting in 2013. I intend to develop the portraits as the main focus for this year. Of course, I will still do some landscapes and seascapes. I have enjoyed doing the portraits so much and I have done some in-depth research in the area that I have always been interested in, which is both the northern and southern Renaissance and, of course, the Dutch golden era. I intend to produce work of an even higher standard and quality than I have previously achieved. The portraits will be even more photographic and with much greater detail. This is where my research led but follow my thinking in further 'thoughts from the easel'. 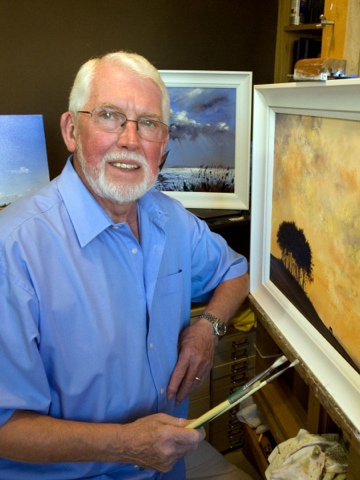 Posted by Roger Harvey at 05:36 No comments: Links to this post